In all the years we have been to Shetland, although we have been to Scatness we have never looked round Jarlshof at the far south of mainland. Before we left home we found out that it was open normal hours for September. We decided we would go this day and had booked tickets online. You get a time slot and ours started at 9.45. The car park at the Sumburgh Hotel was quite busy but it did not look as if many were looking round Jarlshof.

Although we usually start the day by having a second breakfast of a bacon bap and coffee at Mackenzie’s Farm shop, we would have to forego this today. They have a late start of 11.00 on a Sunday and they definitely deserve this. Once at Jarlshof we made ourselves coffee in the van and were entertained by a helicopter arriving on the hotel’s landing pad. We were interested to see who stepped out, but it looked as if it was just the crew!

Jarlshof did not disappoint. We were each able to have an audio guide and despite M wearing hearing aids in both ears he was able to use the guide. For anyone looking round the site I would recommend this addition. We briefly looked round the display in the entrance room so we could get an overview and set off. What a wonderful tour of history this was. It is one of the most important prehistoric sites In Shetland with a history of uninterrupted habitation right up to the 1600s. (1) I took a photo record as well as some ‘arty’ shots and other than it feeling cold it was a great way to spend the Sunday morning.

A general view of one small part of the site 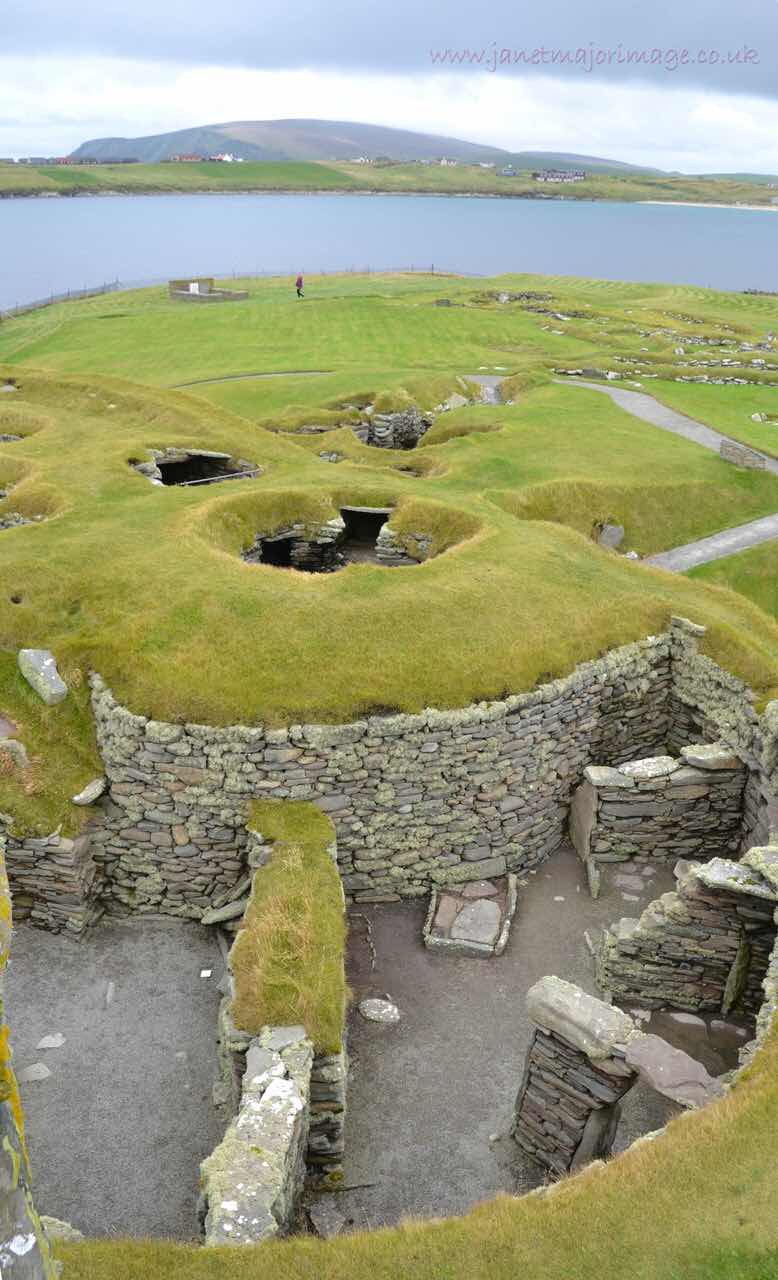 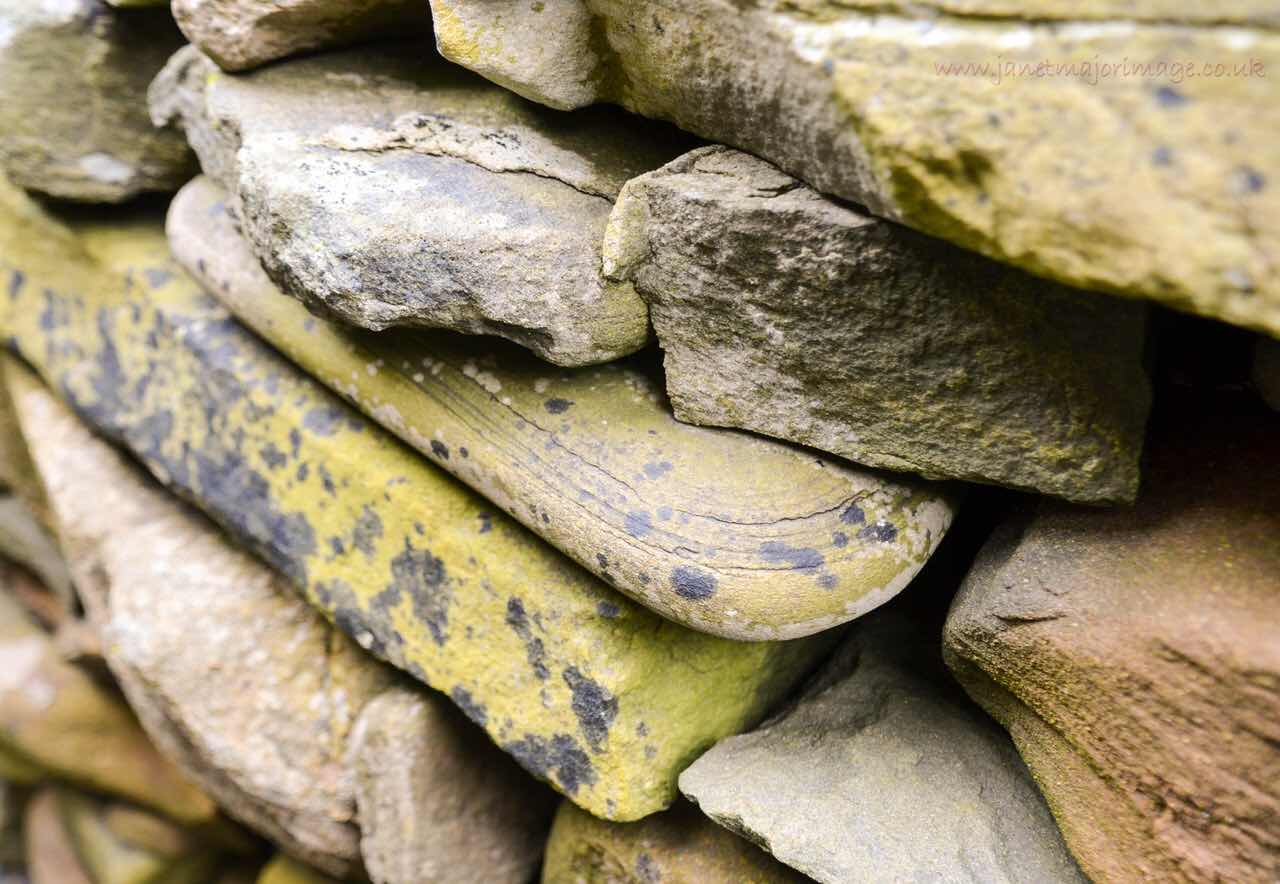 We decided we would drive on to Sumburgh Head and see if we could get an early lunch in ‘Katja’s Cakes’ pop up cafe which was there. We briefly queued and then I joined a local couple at their table while M queued to order. I had noticed the cake looked divine and determined that after lunch we would buy some to keep for afternoon tea. I had chicken and rice soup which was superb and M had goats cheese quiche. What a find this was. Great views, great food and good company as  we chatted to the couple we sat next to. I also spotted a cookery booklet, supporting Lerwick Amateur Swimming Club for sale. This is great and contains recipes by local people to cook when home. If I can make cake half as well as I eat in Shetland I will be pleased.

After lunch we walked around the buildings and popped into the shop where we bought more cards to send to the grandchildren back home. I treated myself to a new spectacles cleaning cloth which would be a nice reminder when we were home.

This image shows a part of Katja’s  wonderful van with the lighthouse above, love the shapes on the top. 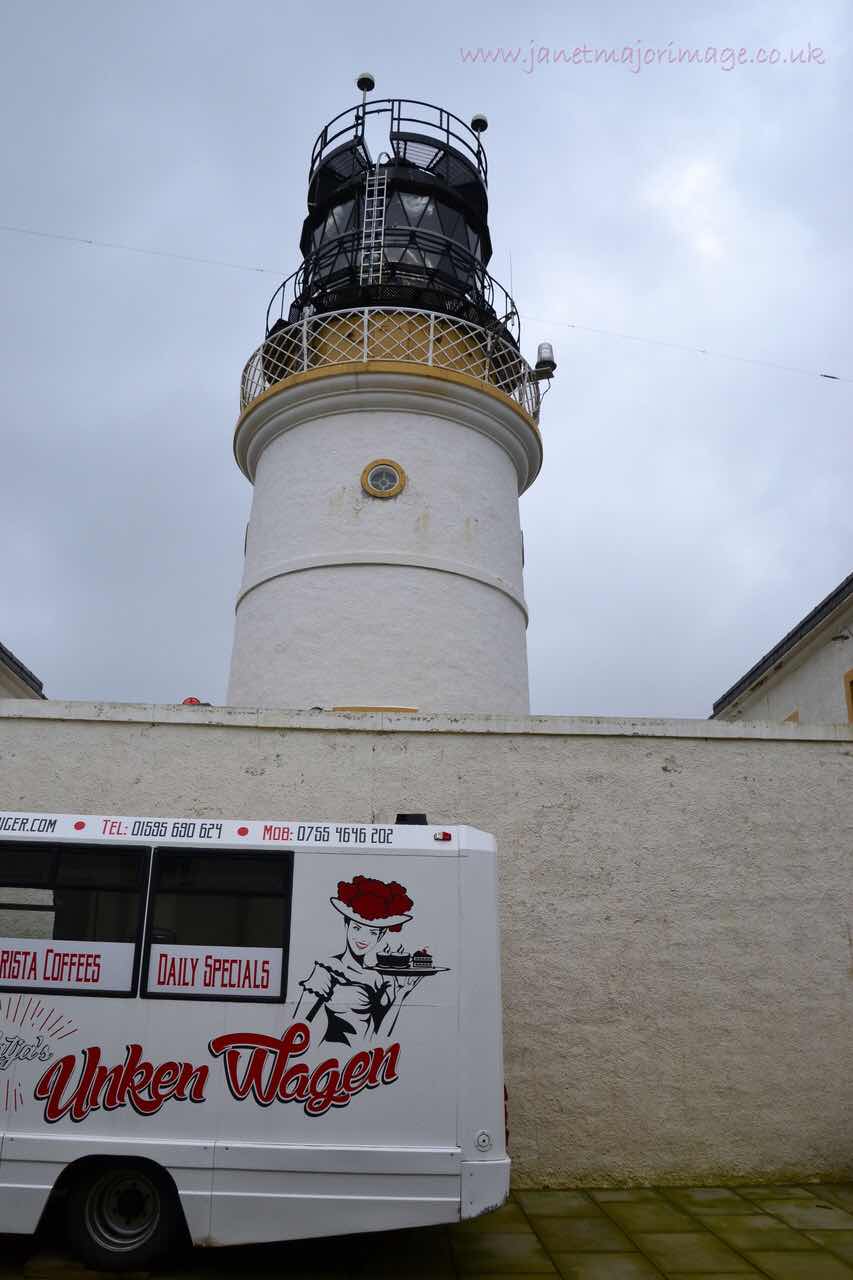 As we walked back to the van looking at birds as we went,  we realised that it was such a fine day that we could see Fair  Isle on the horizon, if you look hard. 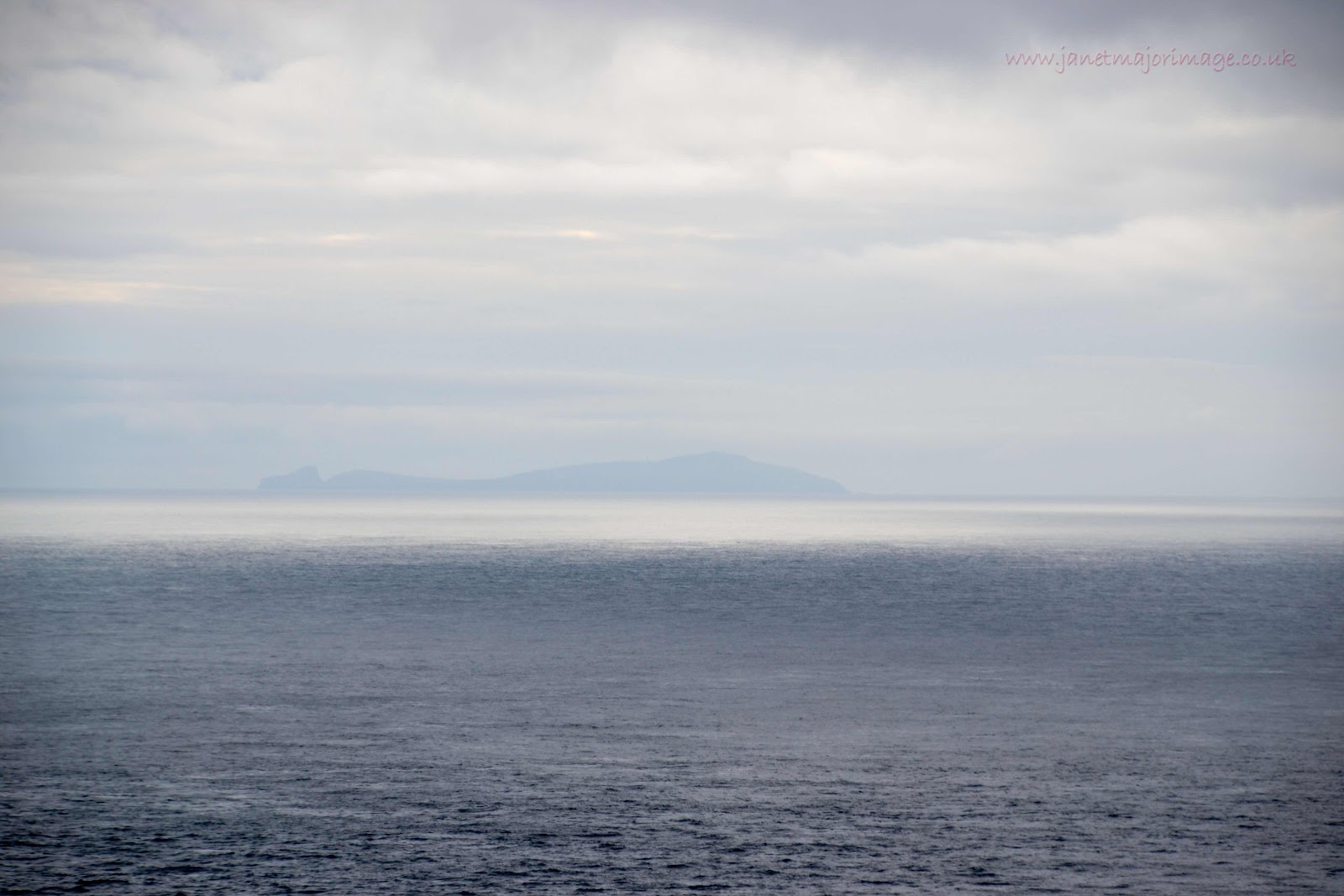 Unusually for us we had decided not to go to the Wool Week Opening Ceremony this year. It is better for me if I can eat at regular times and going to this disrupts that, we knew walking round Jarlshof would be tiring, I easily made my 10,000 steps just doing that and more importantly I had a full day with the Advanced  Lace workshop with Anne Eunson and Kathleen Anderson the next day when I was expecting to need 100% plus concentration to design knitted lace. I did not want to jeopardise that by suffering a migraine! Although it was sad not to go we made a sensible choice as we were both exhausted by being outside for so long. After all, this was supposed to be our rest day.

So after our roast chicken dinner I packed my bag for Monday and treated myself to some fine silk spinning which was part of an ongoing project started earlier in the summer. I had got my Joy spinning wheel with me for a spinning workshop later in the week.