We had come up to Unst for a week’s relaxation before wool week. We love the people, the landscape, the knitting and the birds, particularly at this time of year when there might just be some early migrants as well. Today was deemed a real rest day as we had been travelling and busy for 6 days.

Another view from the van 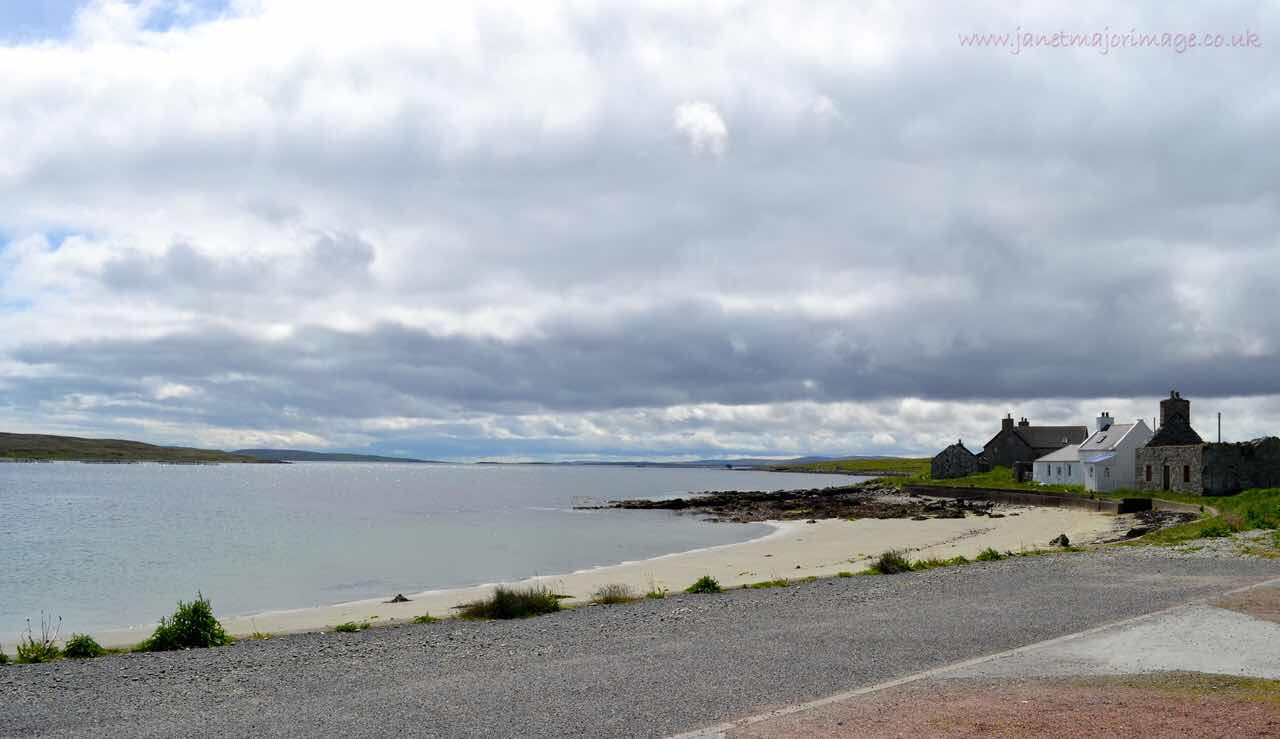 We woke to a blustery and grey morning but the temperature outside was 10 and inside the van first thing it was 13, much warmer than it had been in Perth.

We had a good start with birds, spotting a redshank, ringed plover and turnstone on the beach right by us.

The hostel was very much as it was last year but with an important new addition. There is a new ‘cleaner/ essential job man’ (but that does not do justice to his impact), who is also a crofter  with lots of Shetland Sheep. The downside is that the fleece had gone off to Jamieson and Smith already. He is a delight to talk to and this is an extra treat for our time in Unst.

M stayed chatting in the hostel and I walked down to the van to make a coffee using our new mini  Nespresso machine, it was delightful. I had turned the fan heater on and at the same times flames shot out from the wire at the back. Having removed the plug  and dealt with the flames I was quite shaky! We were going to buy a new fan heater anyway, hopefully tomorrow.

It was a day to do some laundry and we deemed it a ‘4 peg day’ , that is per item. As I left the linen line the washing was horizontal, as long as it doesn’t rain it would be dry in no time and by lunch time it was much brighter.

I had planned a knitting afternoon. I wanted to have a look at Hazel and Elizabeth’s DVD (1) I was keen to remind myself what this showed about making a loop at the start of a row, that would then be knitted into later. I wanted to refine what I was doing and realised that the tension of this first stitch would be very important. 4 ways were shown, with 3 being suitable for lace and then ways for joining in lace were given. This was comprehensive and I decided I would join my 4 wedges using different joining methods selected from combinations of these.

As I started the knitting the wedges in the hap, I realised I had already been inconsistent  as there was a different number of loops on each right edge of the  wedge. As I pulled out the wedge I realised this was as important as the openness of the loop. What a good job I rather like doing samples and trial knits.

In this  diagram I am showing what I am attempting to do. It is an ‘outside in’ shawl which I am told is the traditional Shetland method. 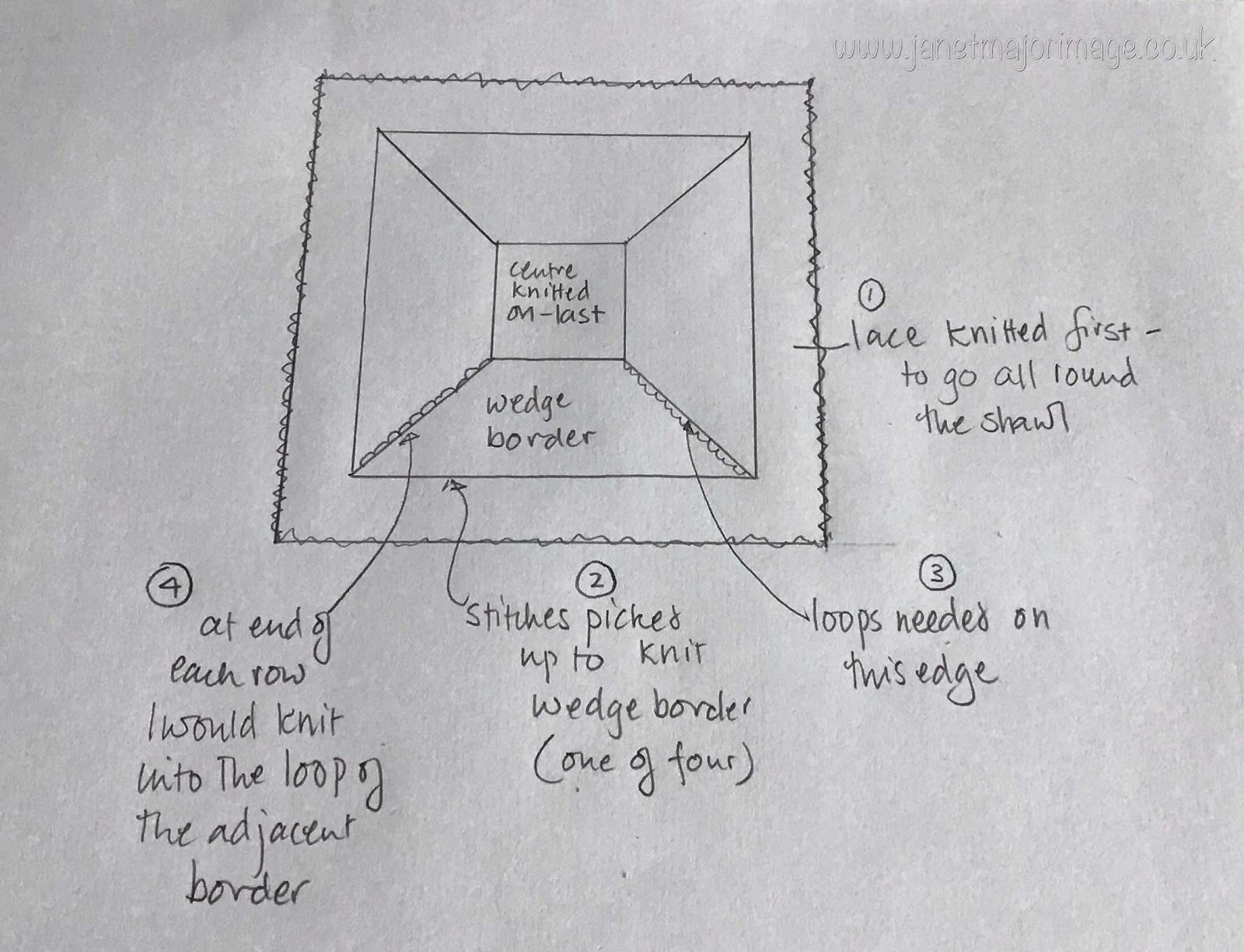 When I was knitting M walked up to the main road and back down past the lochs behind the sea. He amassed a list of seventeen birds, including snipe and red breasted merganser but nothing at all that was unusual for Shetland at that time. There will be more about birds in a later post.

We had brought lamb with us to roast and decided to stick with this even though Uyeasound Hall had a Chinese Night. I had only had one Chinese meal since I had my severe food poisoning 13 years ago and I did not want to risk being ill for our week in Unst. Perhaps next time I will be up to a meal at the hall.

(1) 50 tips from Shetland  Knitters : Hazel Tindall and Elizabeth Johnston. 2 DVDs with over 3 hours of great advice. For many techniques more than one way is shown. These are based on many years of experience perfected by generations of Shetlanders. In my mind it is brilliant and is my go to guide.