Sat 29 Sept
Last night had been very wet and windy and we were glad to be snug in our little abode, but did spare some thoughts for those travelling back on the ferry. It was likely to have been a little choppy.
Mackenzie’s did not open until 9.00 as it was Saturday but we were there and waiting for our second breakfast,  before travelling into Lerwick for some provisions. Then it was on to the High School, which was the venue for the Maker’s Market. This seemed  a good choice as there was ample room for parking and the market was more spacious and thus less crowded than last year, which had felt a bit like a scrum.
It was nice to meet up and say goodbye to some wool week friends who were returning home tonight. I had not planned on any large purchases this year, but was tempted  by a few items as always. I particularly liked these buttons, which are about an inch in diameter: 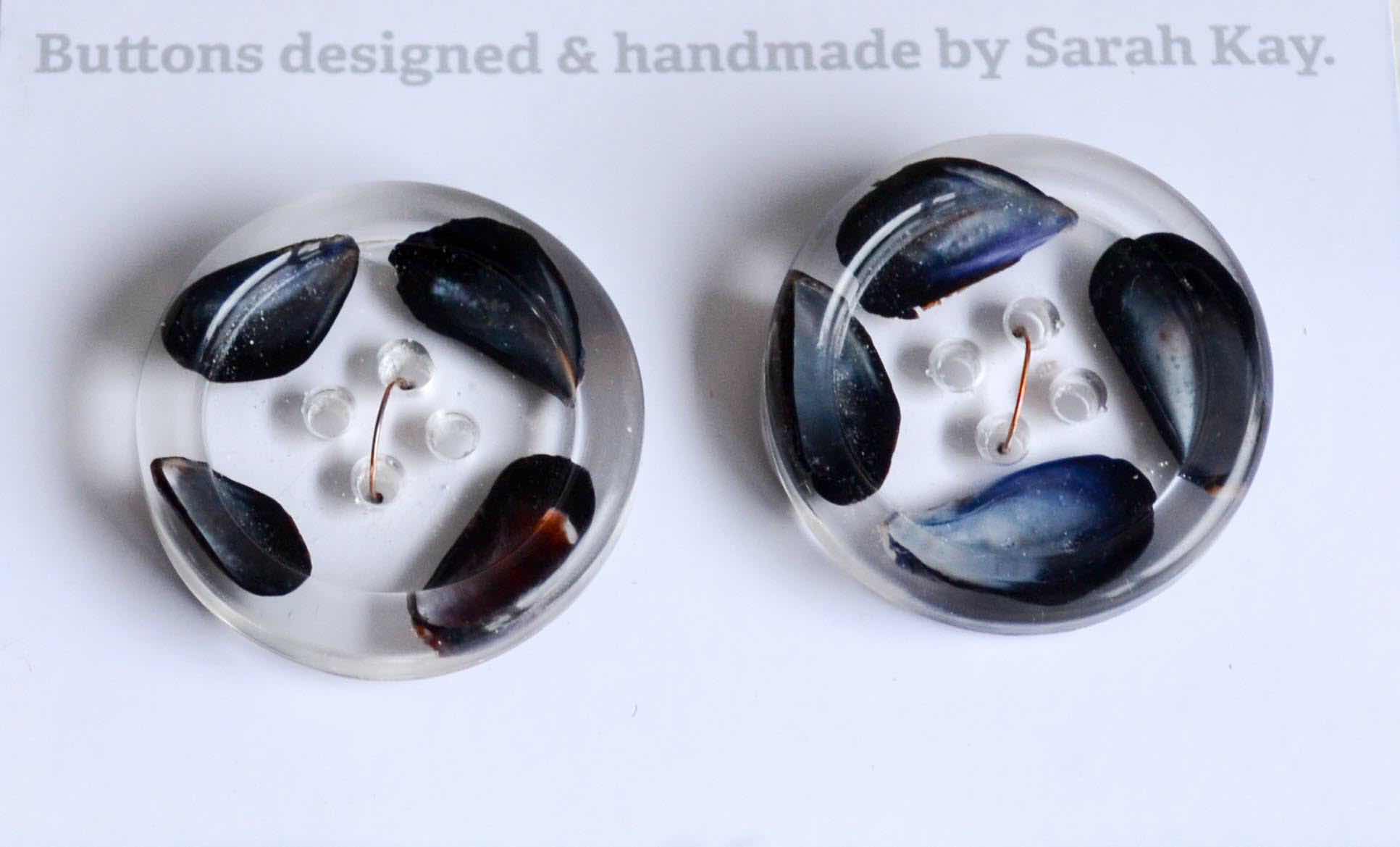 It was great to talk to Bunchy who runs the Natural Dye business Spindrift Crafts. I ‘follow’ her on Facebook and we have fairly frequent chats so it was especially good to put a name to a face and have a real conversation.
This is some of her blue dyed yarn, indigo plus lady’s mantle and marigold, and such a lovely colour. She dyes Shetland jumper weight yarn and also lace weight yarn so her colours can be used in many projects.

The parents were serving refreshments and again  it was good to see more of the school.
Somebody on high was keeping watch! 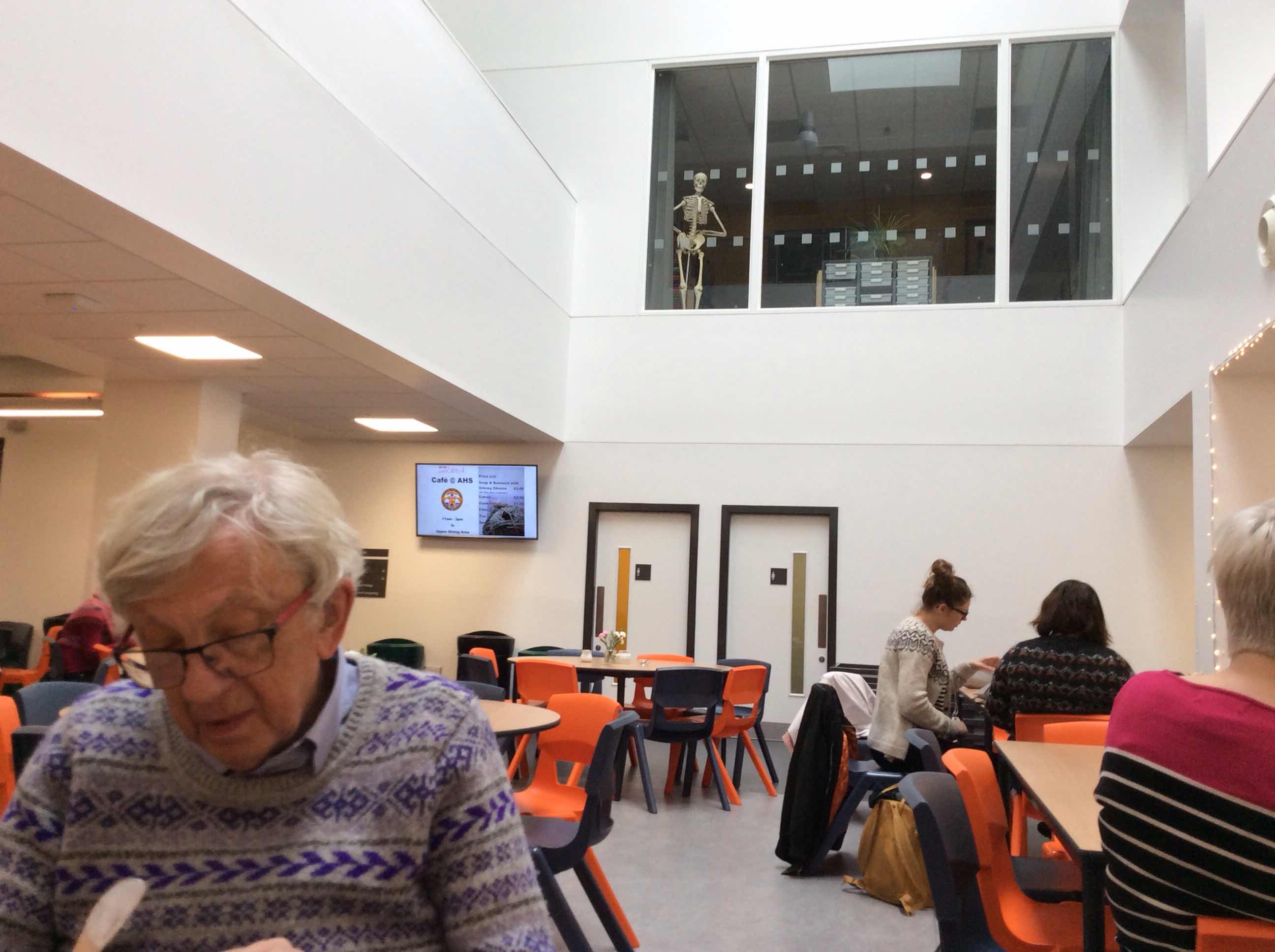 It was also impressive to see the list of activities supported by the parents through such fund raising activities as this.
We decided that lunch in Hoswick would be a great idea. Lunch in Hoswick is always a good idea in Wool Week and we guessed today would be our last chance. There were still classes going on and I quietly removed my weaving from the loom and hope I did not disturb Austin’s class too much.(1)
We were having another quiet night, I still had two more days of activity left  before the journey home began.
(1) Austin is a great photographer and I have attended one of his workshops in Wool Week. Well worth doing if you are are interested in taking photographs of your work or the landscape. You can see more of his work at http://www.austintaylorphotography.com/
Posted by imagejem at 01:50