Last Thursday looked like a good day to go to the sea, but we began to doubt this as we drove round Norwich. There was a cloudburst but fortunately traffic is usually fairly light and we kept our nerve and continued to the East Coast. By then it was bright. First stop was at Horsey Windmill where we had coffee and cake. 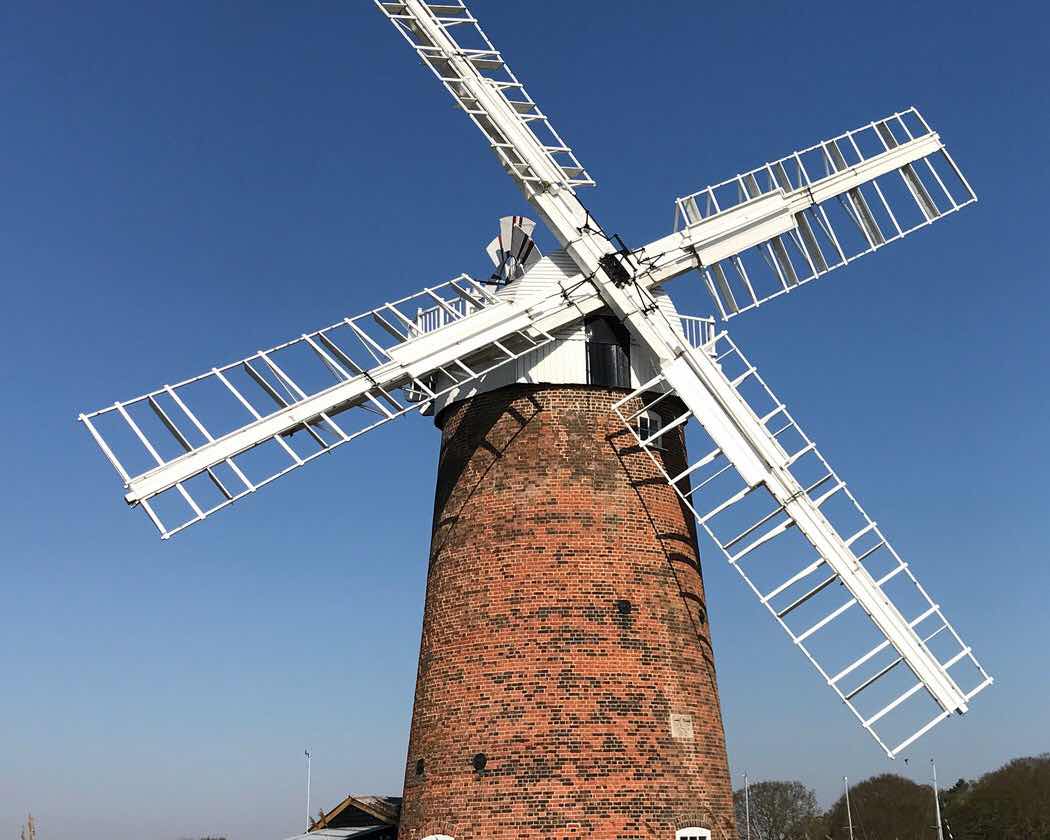 We had cake and coffee with us,  but it was good to see the National Trust little coffee shop was open. This great windmill is worthy of a post of its own later.

We drove on and aimed for Sea Palling (1)  not a beach we go to often. It is another of Norfolk’s  ‘big skies, big sandy beaches’ and just the place for a brisk walk to blow away the cobwebs and recharge the batteries. I remember stories of my father cycling there (approximately 40 miles each way)  after the 1953 North Sea Floods. Sadly 7 villagers from the area were drowned. 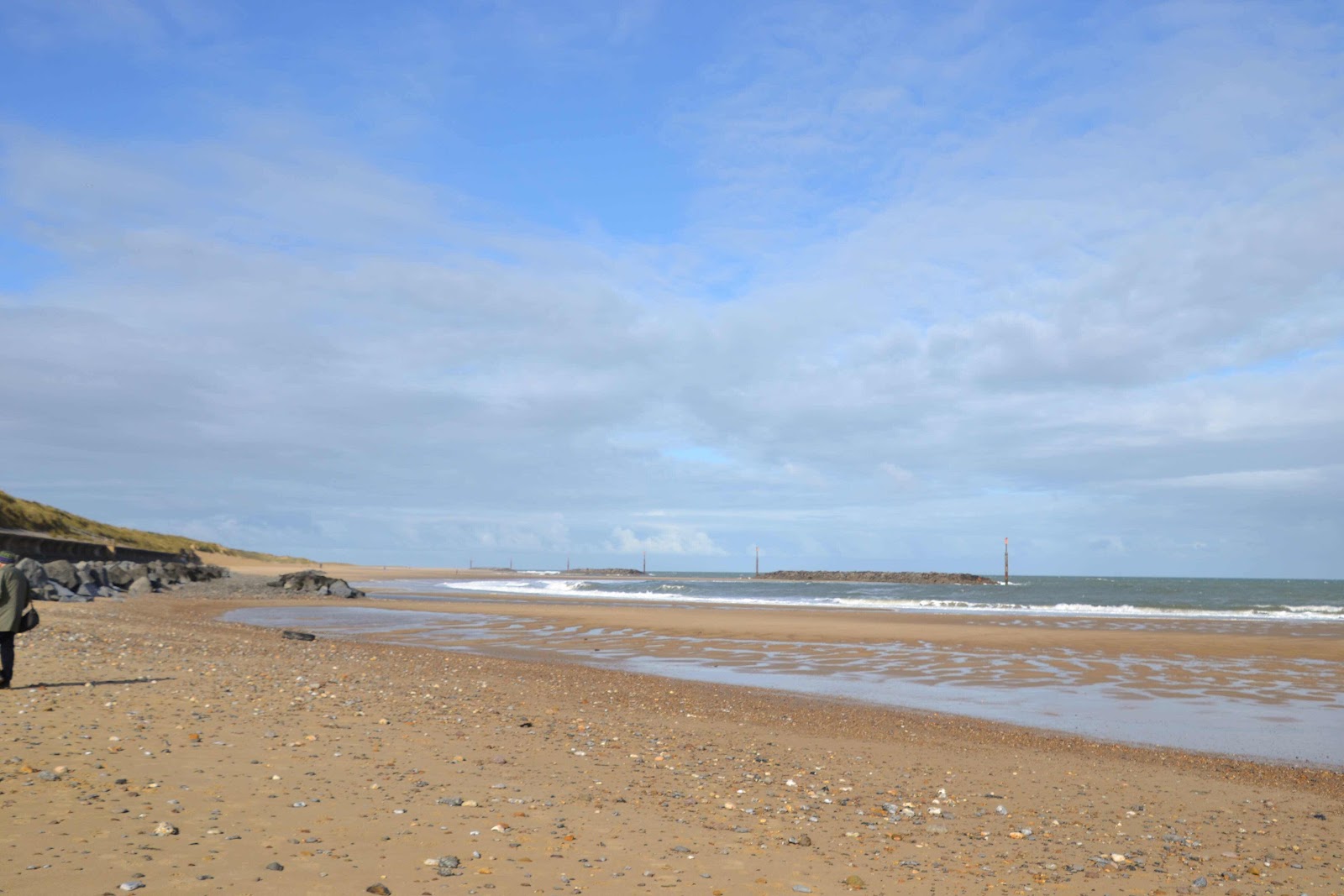 The beach is characteristic as it has 9 giant reefs made of very large rocks to try and halt the erosion of the beach  and protect this small seaside community. 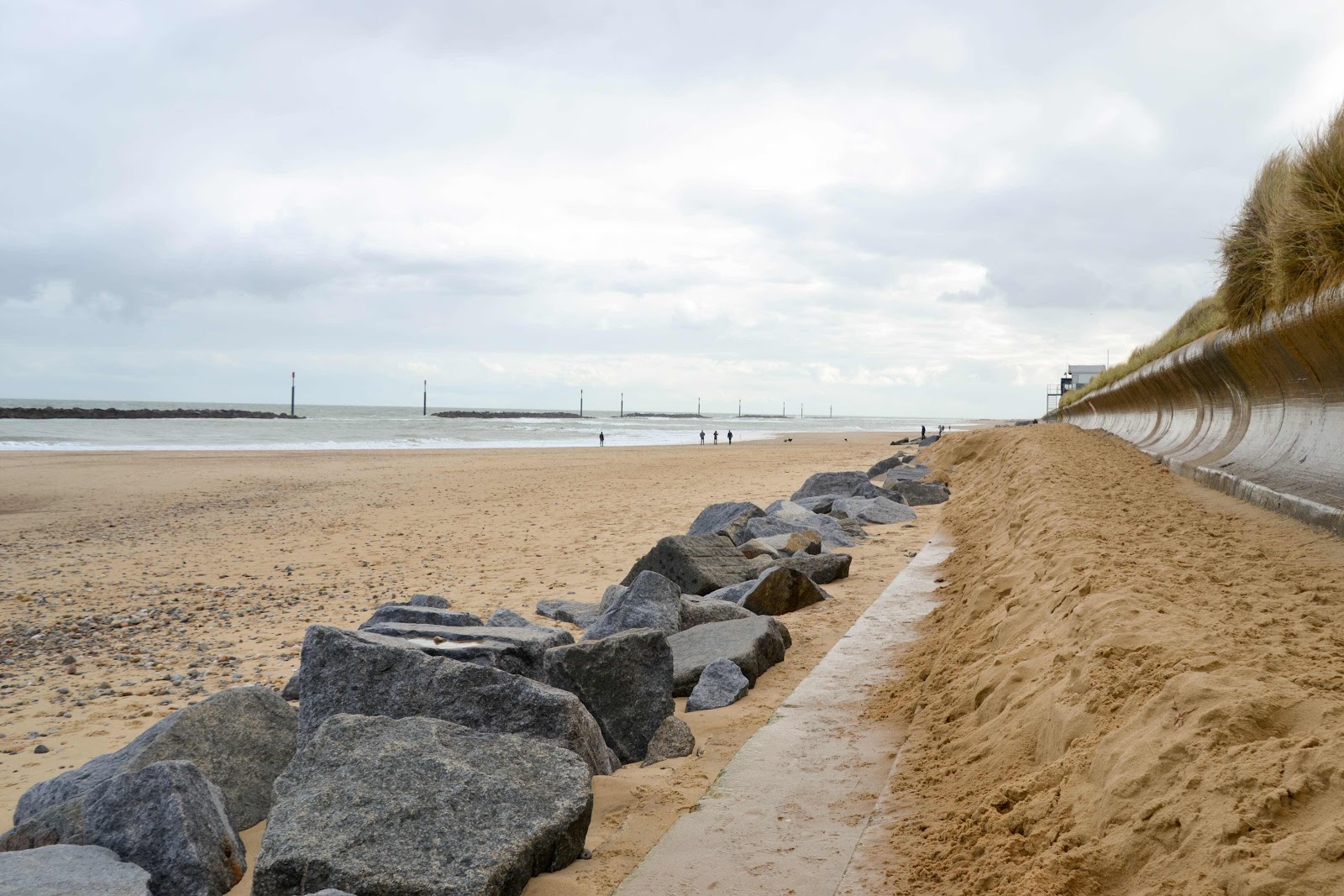 Michael walked on ahead, trying to keep a good pace but as I had the camera with me I could not but stop and take photos!

Composed by the tides, this shows a bit,of seaweed and actually a couple of colonies of animals! The lighter one of the three is Hornwrack, actually a group of Bryozoans, rather like hydra, each in their own little space. Not sure I was taught that until University! Hornwrack can be mistaken for seaweed, and strangely enough I saw that error on iG  only a few days ago. 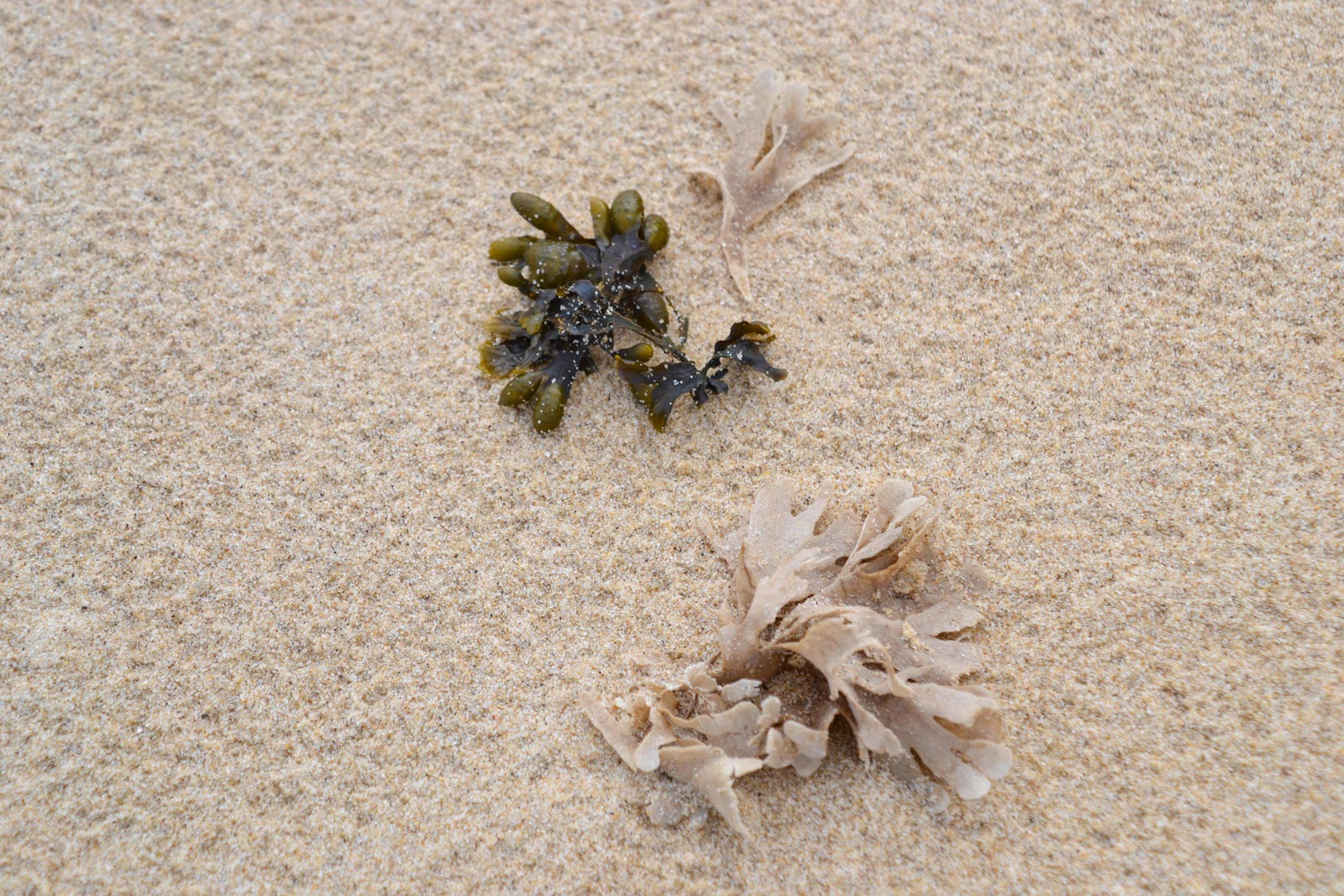 I’m always on the look out for textile inspiration as these two seemed to fit the bill today. 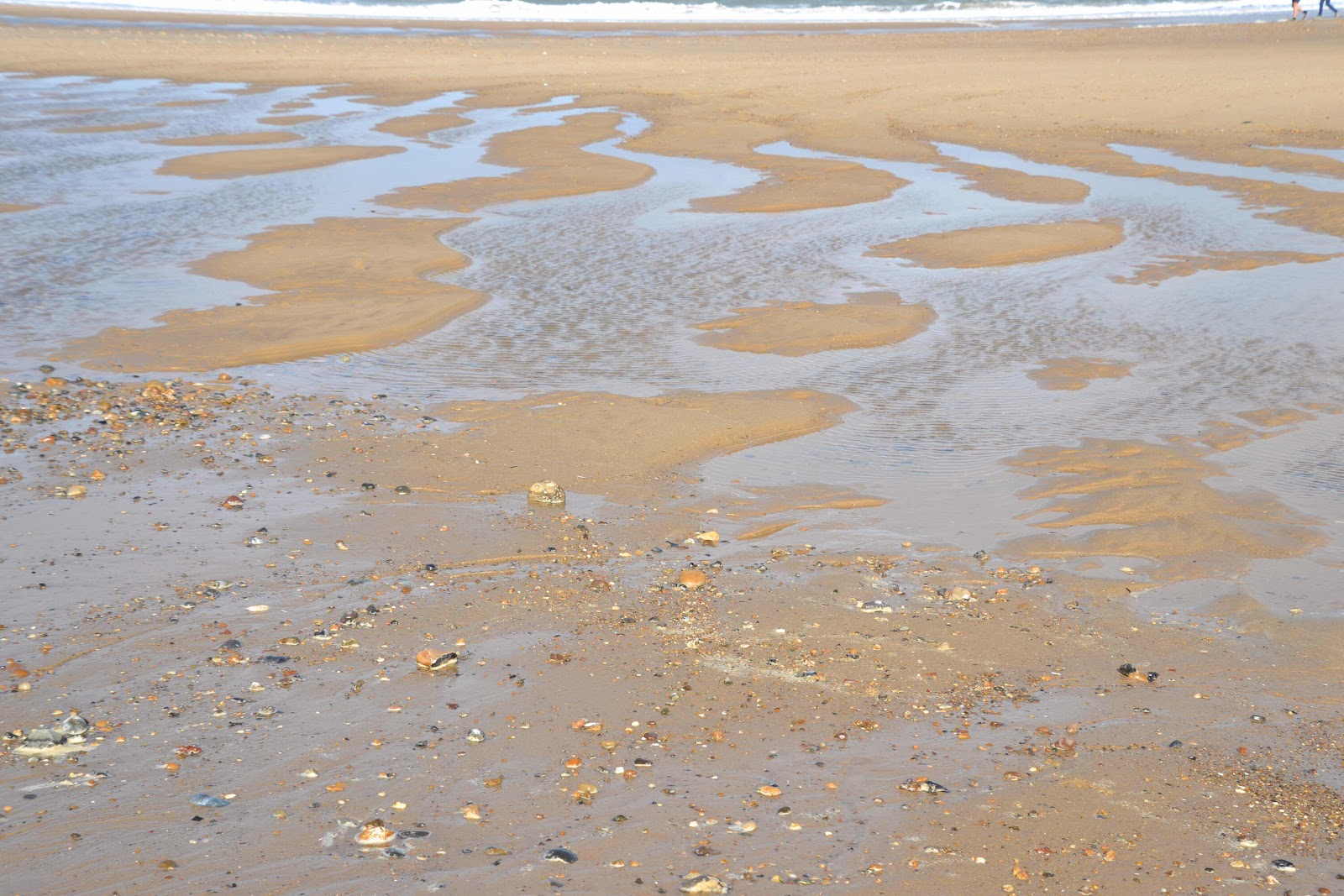 Unfortunately I was behind one of the piles of large stones on the beach and suddenly noticed the tide coming  in much closer, I could not climb out easily on the land side, and had to put on a spurt to catch Michael up. All that watching of the tremendous  work done by the RNLI in ‘Saving Lives at Sea’ should have made me more cautious.

Sea Palling like many of the Norfolk coastal towns and villages has a lifeboat station. This one however Is now run by volunteers and unusually funded by local people. It was set up in 1840  by private funds and the RNLI funded it until 1931 when it was closed down. It was revived, again by private finance in 1974.

So what began as a day out to take sea air has led to far more, research into the heritage of the area, respect for those that live by it as well as textile inspiration.