Having finished Michael’s hat I set about choosing colours for mine. I took the same photo as inspiration (see previous post) and tried to make it more pink to match a jacket I had made for Wool Week. I wanted to  incorporate the purple as I would likely be wearing not my outer Berghaus most of the time, and I would also like to include the bright lime colour as well as some of my hand dyed yarn.

These criteria I set myself nearly became too much. I decided I would over dye some of my Ground Elder base colour from last year’s Wool Week cardigan with indigo.(1)  This was the first challenge ....eventually after several trials I got a colour I was happy with.

Then the issue of a suitable pink nearly proved insurmountable. I had lots of pinks dyed with cochineal, but these were either too warm or too cool in undertone. I tried my stock of J and S dyed yarn and couldn’t get a combination I was happy with. I then remembered I had some stronger pink left over from a fair isle ‘chair’ mitts project and the most shocking pink of this seemed to fit the bill.

There was lots of sampling and some is shown  here. This is the only way for me to be sure that I have the colours correct.

Some sampling - the pale cool pink is ‘wrong’, trying others on the bottom row. 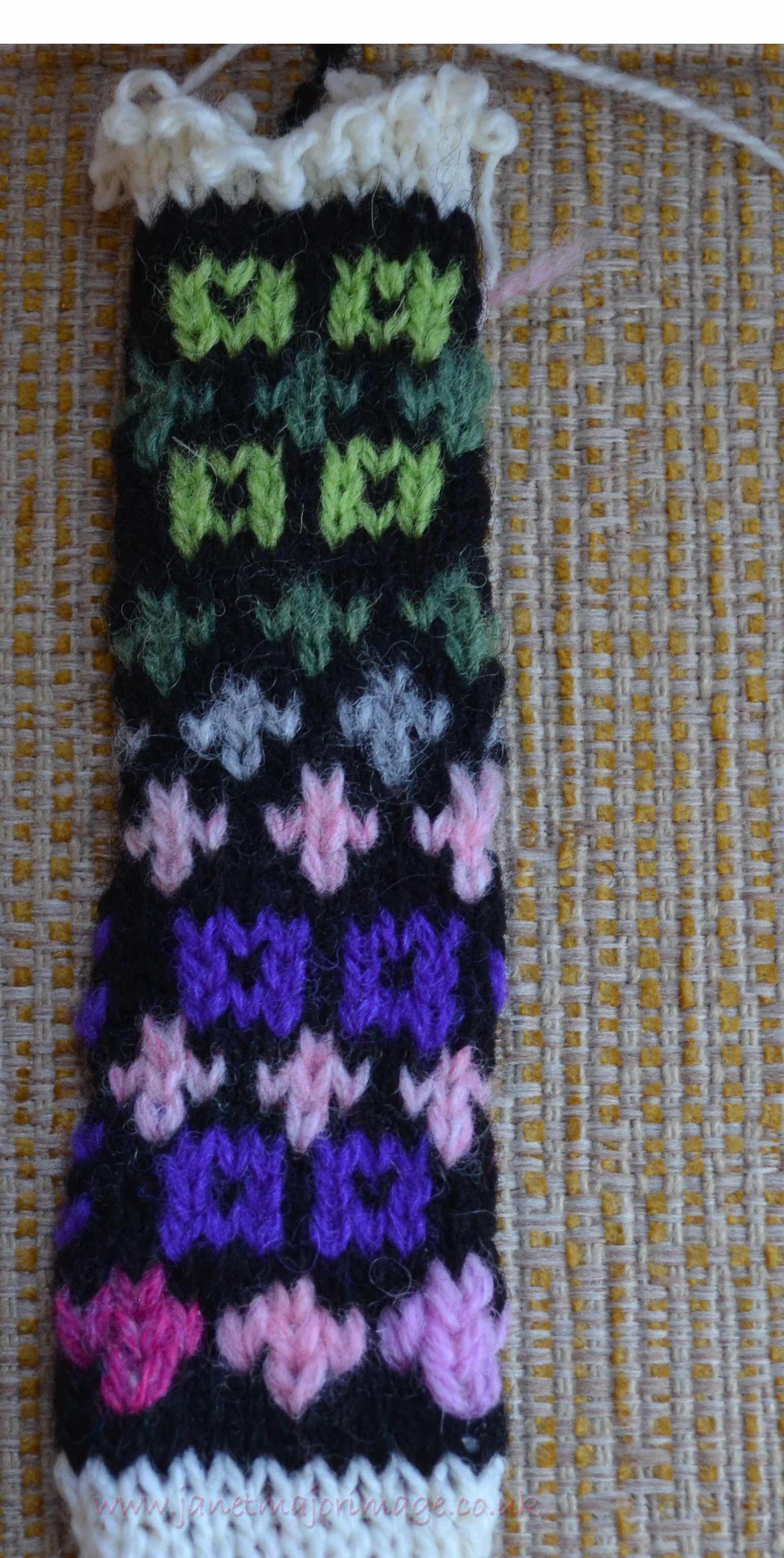 I also made the decision to do the greens and pinks in the reverse order to Michael’s hat, so then I would have pink in the crown where he had the lime green.

All was left then was the knitting, which would probably take no longer than the deciding on colours phase. I knitted the main pattern as before using the knitting machine starting and ending with waste yarn. I used dpns for hand knitting the crown. After this I would use the same dpns for knitting the ribs downwards.

More sampling occurred to get the colour combination I liked best.

Wrapping to get the colours in the rib to my liking

I knitted the ribs in my ‘normal for me’ way and cast off in rib.

I love the resulting Mirrie Dancers hat and look forward to wearing it. 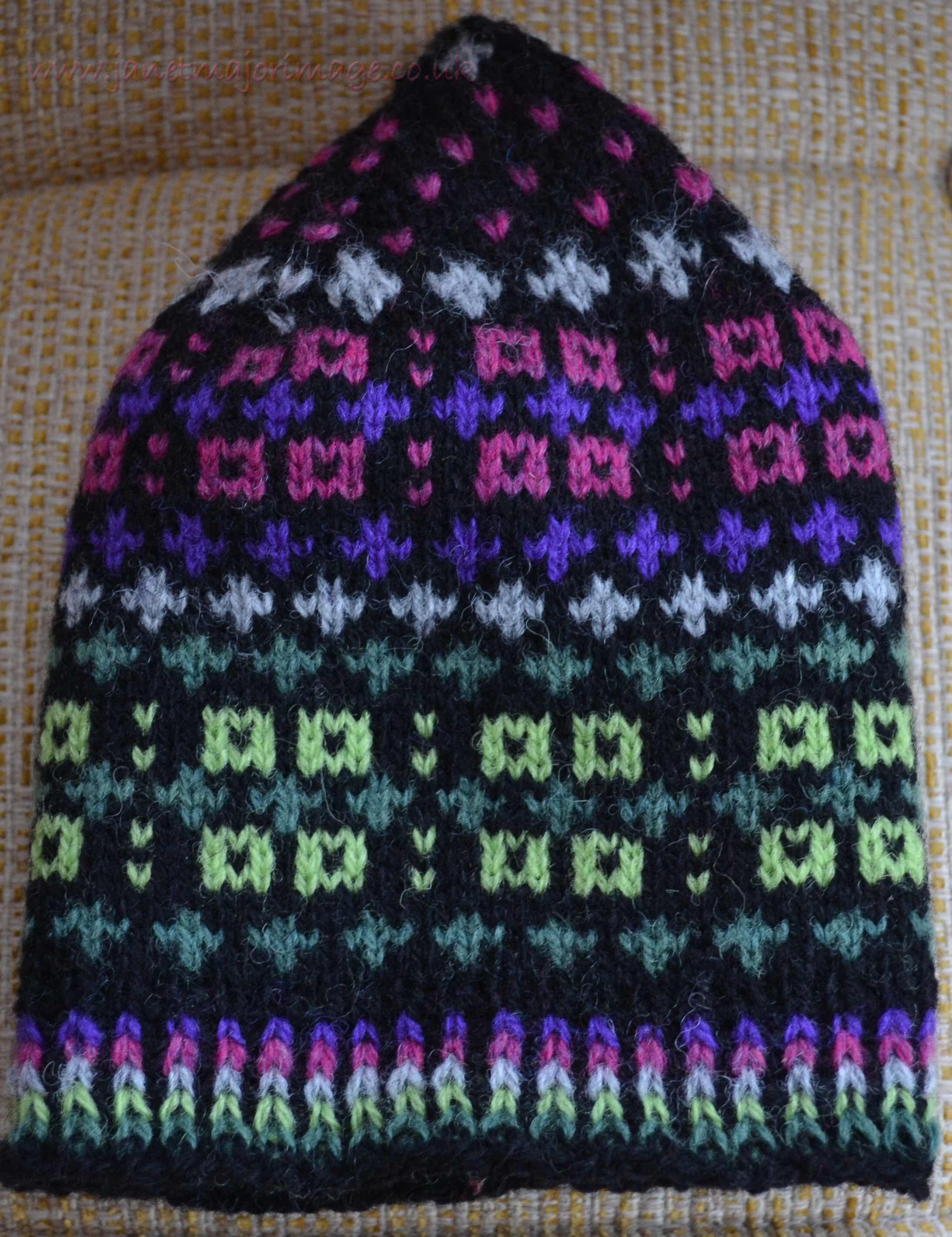